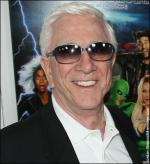 A rational scale to assess the harm of drugs. Data source is the March 24, 2007 article: Nutt, David, Leslie A King, William Saulsbury, Colin Blakemore. "Development of a rational scale to assess the harm of drugs of potential misuse" The Lancet 2007; 369:1047-1053. (PMID 17382831; doi:10.1016/S0140-6736(07)60464-4) The data in the paper is obtained solely from questionnaire results obtained from two groups of people: the first comprised people from the UK national group of consultant psychiatrists who were on the Royal College of Psychiatrists’ register as specialists in addiction, while the second comprised of people with experience in one of the many areas of addiction, ranging from chemistry, pharmacology, and forensic science, through psychiatry and other medical specialties, including epidemiology, as well as the legal and police services; the experts are not named and were chosen by the authors. This is a tertiary source (see Wikipedia policy on primary, secondary, tertiary sources) as it summarizes experts' opinions on the matter (which are secondary sources) without any direct references to primary sources. The data was first reported in appendix 14 of "Drug classification: making a hash of it?"[1] I made the the svg version of Image:20drugs.gif.
Article: [2]

Page 1 / 2 Next
All forum topics
Previous Topic
Next Topic