David Bowie Dead at 69
Iconic singer had been battling cancer for past 18 months
David Bowie has passed away at age 69 Wireimage
David Bowie, the legendary singer-songwriter and actor, has died after a long battle with cancer. He was 69.

The artist's Facebook page announced the news, with the singer's rep confirming his death to Rolling Stone. "David Bowie died peacefully today surrounded by his family after a courageous 18-month battle with cancer," the statement read. "While many of you will share in this loss, we ask that you respect the family's privacy during their time of grief."

One of the most original and singular voices in rock & roll for nearly five decades, Bowie championed mystery, rebellion and curiosity in his music. Ever unpredictable, the mercurial artist and fashion icon wore many guises throughout his life. Beginning life as a dissident folk-rock spaceman, he would become an androgynous, orange-haired, glam-rock alien (Ziggy Stardust), a well-dressed, blue-eyed funk maestro (the Thin White Duke), a drug-loving art rocker (the Berlin albums), a new-wave hit-maker, a hard rocker, a techno enthusiast and a jazz impressionist. His flair for theatricality won him a legion of fans.

Along the way, he charted the hits "Space Oddity," "Changes," "Fame," "Heroes," "Let's Dance" and "Where Are We Now?" among many others. Accordingly, his impact on the music world has been immeasurable. Artists who have covered Bowie's songs include Joan Jett, Duran Duran, Smashing Pumpkins, Marilyn Manson, Arcade Fire, Oasis, Ozzy Osbourne, Morrissey, Beck, Red Hot Chili Peppers, Bauhaus, Nine Inch Nails.

"David Bowie was one of my most important inspirations, so fearless, so creative, he gave us magic for a lifetime," Kanye West wrote on Twitter. "I pray for his friends and family."

Bowie was born David Robert Jones on January 8th, 1947 in a working-class London suburb. His father, Heywood Jones, worked in promotions for a charity that benefitted children and his mother, Margaret Mary Jones, was a waitress. He began learning saxophone at age 13, and he attended a high school that would prepare him for a career as a commercial artist. Once he began focusing on music, he played with groups with names like the King Bees, the Manish Boys (who once recorded with Jimmy Page) and Davey Jones and the Lower Third. He took on the Bowie pseudonym – after the knife – in an effort to prevent confusion with Monkees singer Davy Jones. He put out a folky self-titled album in 1967 but it charted poorly in the U.K. and not at all in the U.S. That would change with his next release.

With 1969's Space Oddity, whose dramatic title track told the story of ill-fated astronaut Major Tom, he had a hit. The song hit Number One in the U.K. and Number 15 in the States, and the album made it to the Top 20 in both countries. Each album he released thereafter offered a new glimpse at his genius. On the following year's The Man Who Sold the World, he experimented with psychedelia, and in 1971, he fused pop-rock with art pretense and experimentalism. It contained the hit "Changes" and its threat/promise "Look out you rock & rollers/ One of these days you're gonna get older," as well as the fan favorites "Oh! You Pretty Things" and "Life on Mars" along with songs about Bob Dylan and Andy Warhol. (He'd portray the latter artist years later in the film Basquiat.)

It was on 1972's The Rise and Fall of Ziggy Stardust and the Spiders From Mars, though, where he hit his stride. In the role of the titular rock-star also-ran, he innovated a glammy look for himself which he amplified in his highly theatrical live shows. A far cry from the Sixties hippie idealism he'd come up with, Ziggy was brazen and arrogant, and the character worked since Bowie presented it in a way that let his fans in on the joke. In addition to the title track, "Starman," "Suffragette City" and "Five Years" became audience favorites. The album would be certified gold in the U.S. in 1974.

Ziggy Stardust was a persona he'd keep its follow-up, 1973's Aladdin Sane, which contained "The Jean Genie," "Drive-In Saturday" and a rag-tag cover of the Rolling Stones' "Let's Spend the Night Together," and on that year's covers album Pin Ups. He'd attempted to retire Ziggy for 1974's cabaret-ready Diamond Dogs, but the overwhelming glamminess of "Rebel Rebel" suggested otherwise.

He did an about-face on 1975's Young Americans, incorporating soul, funk and disco into songs like the title cut and "Fame," and he co-wrote "Fascination" with Luther Vandross. It was a risky move, but it reached Number Two in the U.K. and Number Nine in the U.S. He delved deeper into funk on the following year's Station to Station, picking up a well-documented cocaine habit along the way, and scored a hit with the buoyant "Golden Years." The album as a whole, though, signaled a newfound interest in the avant-garde.

It was to be a short-lived transformation, though, as Bowie would disappear to Berlin and dive deeper into experimenting with music and with drugs. Beginning with 1977's Low, which combined art-rock with ambient minimalism, the singer stumbled on an acidic, epic sound, bolstered by collaborating with Brian Eno. The LP contained the U.K. hit "Sound and Vision" and set the tone for his next two records, that year's "Heroes," with its iconic song "Heroes," and 1979's Lodger, which contained the hit "Boys Keep Swinging."

He emerged in the Eighties with a renewed interest in more radio-friendly music, scoring a Number One hit in the U.K. with "Ashes to Ashes," which continued the story of Major Tom, and the hit "Fashion." Both appeared on 1980's Scary Monsters (And Super Creeps). In 1981, he recorded the duet "Under Pressure" with Queen, weaving his voice with Freddie Mercury's for another Number One in the U.K. and a Top 30 single in the U.S.

In 1983, he put out Let's Dance, which he co-produced with Chic mastermind Nile Rodgers. The collaboration, which included lead guitar work by Stevie Ray Vaughan, proffered the singles "Let's Dance," "China Girl" and "Modern Love." He'd follow these with the hit "Blue Jean," off Tonight the following year. And he notched his final Number One in the U.K. in 1985 with a cover of Martha and the Vandella's feel-good hit "Dancing in the Street," a duet with Mick Jagger.

With the exception of the Beatlesesque 1986 single "Absolute Beginners," the rest of the Eighties were less fruitful for Bowie musically. He put out Never Let Me Down in 1987, and closed out the decade as a member of the hard-rock group Tin Machine, which would put out another record in 1991.

Bowie changed his musical output again in 1993 and put out the electronic-influenced Black Tie White Noise, another co-production with Nile Rodgers that proved less commercially successful in the U.S. He flirted with industrial on 1995's Outside, and the following year he was inducted into the Rock and Roll Hall of Fame in 1996 by former Talking Heads frontman David Byrne. He collaborated with Trent Reznor on 1997's Brian Eno co-produced Earthling, and returned to rock on 1999's Hours…. It's a sound he'd improve-upon on 2002's Heathen and the following year's Reality, both of which found him working again with producer Tony Visconti.

The singer suffered a heart attack in 2004 and subsequently retired from touring, though he'd make occasional appearances, singing with Arcade Fire and David Gilmour, among others. He made his last singing appearance onstage in 2006, where he dueted with Alicia Keys.

Concurrent with his music, Bowie also enjoyed a long career as an actor. He had memorable roles in The Man Who Fell to Earth, Labyrinth, The Hunger, Twin Peaks: Fire Walk With Me and The Prestige, among others. His latest theatrical venture was Lazarus, an off-Broadway musical that continued the story of his character in The Man Who Fell to Earth with songs from throughout his career and originals.

In 2013, Bowie put out his first album in a decade, The Next Day, which went to Number One on the U.K. chart and Number Two in the States. He had recorded the LP in secret and announced its existence on his birthday that year.

Two days before his death, the singer put ★ (pronounced Blackstar), this time on his birthday. The record reflected the ever-evolving, chameleonic artist's interest in jazz and hip-hop. "We were listening to a lot of Kendrick Lamar," producer Tony Visconti said of the recording sessions. "We wound up with nothing like that, but we loved the fact Kendrick was so open-minded and he didn't do a straight-up hip-hop record. He threw everything on there, and that's exactly what we wanted to do. The goal, in many, many ways, was to avoid rock & roll."

This is a developing story and will be updated frequently. 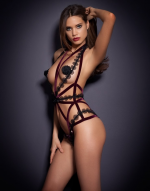 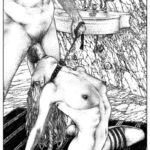 "His silhouette is so stationary ... moondust will cover him" I asked if he had problems using New York cabs. 'I just carry one of these,' he said, holding up a Greek newspaper

The decade of our loose continuity connections ended in New York shortly before Bowie’s 60th birthday. It was at a party in a Tribeca hotel. As I arrived I saw Bowie stepping out of a yellow cab and paying the driver. Greeting him and vaguely surprised to see him in this form of transport I asked him if he ever had any problems moving around the city. Not at all, he said, he happily used cabs and subways. “I just carry one of these,” he said, and held up a Greek newspaper. People think: that’s David Bowie, surely? Then they see the Greek newspaper – no, can’t be, just some Greek guy who looks like him.

It was a brilliant idea, I thought. So simple, so efficient – and somehow effortlessly cool and stylish: an act both quotidian and bravura, entirely typical of this fascinating man. So we can add another category to the long list of achievements that Bowie carried off so memorably and with such unique poise and brio. Not just an unforgettable songwriter, performer and musician but also an actor, an artist, a writer, a publisher, a shrewd financial operator and – it turns out (though we shouldn’t be at all surprised) – a master of disguise.