lot of love and respect for my woman:-) 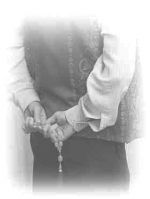 Rotterdam, 11-01-2011 • Today, the National Crime Squad has shut down two web sites of escort agencies, for being presumably involved in human trafficking. At the same time, a text message was sent by the police to approximately 1300 cell-phone-numbers that tried to get in contact with escort site www.zuzana.com. The other web site is www.pleasure-escort.nl.

In the city of Lisse, a 32 year old male was arrested, being presumably the organizer behind www.zuzana.com. After searching his home, computers and mobile phones were seized. At the offices of www.pleasure-escort.nl in Amsterdam, a 32 year old co-worker from Haarlem was arrested and taken along by the National Crime Squad for interrogation.

In an international search report, the National Crime Squad has requested for the arrest of a 37 year old male-suspect from The Hague. Eight years ago, he was the founder of www.Zuzana.com. Besides this, this male is wanted by the French Police Authorities for serving a still outstanding sentence of four years for human trafficking.

Enlargement of consciousness
The content of the text-message is as follows: “This number has contacted zuzana.com. This site presumably offers victims of human trafficking. The police ask for your help. For more info: www.politie.nl/klpd/mh. The text-alert has been carried out by the police in order to enlarge consciousness of the clients contacting escort agencies and asking them to help in combating human trafficking.

90% out of the hundreds of mobile phones appear to be a Dutch mobile number, often registered on name of the employer. In 60% of the contacts, appointments for a prostitute were made during working hours. On the websites, shut down by the National Police Squad a warning-text has been placed, referring to www.politie.nl/klpd/mh. On the police web page, extensive information regarding human trafficking is provided. Moreover, the opportunity is offered for passing on information concerning human trafficking. Also a hint is given towards the telephone-link “Anonymous Crime Reporting”

Hotel Chains
The investigation of the National Crime Squad of the Netherlands Police Agency, concentrates on both the escort branch as well as the illegal prostitution business. In the case of hotel-prostitution, the prostitute stays for a longer period in a hotel room, usually in one of the hotel-chains along the highways. Clients make an appointment by telephone or through internet and are then informed by text-message about the room number of the woman who offers paid sex-services. www.zuzana.com. is an example of this procedure.

During this investigation, it furthermore appeared that the associates of www.pleasure-escort.nl, are aware of the fact that the Eastern European females offered are exploited. Besides, they are profiting from this exploitation. Investigation against www.pleasure-escortt.nl, was initiated after a telephone-tip

Page 1 / 2 Next
All forum topics
Previous Topic
Next Topic