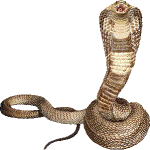 "OMG just got mom MRI results.Tumor is almost gone!!! God thank u for answering my prayers! Wow I almost have NO words!!"

Δ9-Tetrahydrocannabinol (THC) is the primary cannabinoid of marijuana and has been shown to either potentiate or inhibit tumor growth, depending on the type of cancer and its pathogenesis. Little is known about the activity of cannabinoids like THC on epidermal growth factor receptor-overexpressing lung cancers, which are often highly aggressive and resistant to chemotherapy. In this study, we characterized the effects of THC on the EGF-induced growth and metastasis of human non-small cell lung cancer using the cell lines A549 and SW-1573 as in vitro models. We found that these cells express the cannabinoid receptors CB1 and CB2, known targets for THC action, and that THC inhibited EGF-induced growth, chemotaxis and chemoinvasion. Moreover, signaling studies indicated that THC may act by inhibiting the EGF-induced phosphorylation of ERK1/2, JNK1/2 and AKT. THC also induced the phosphorylation of focal adhesion kinase at tyrosine 397. Additionally, in in vivo studies in severe combined immunodeficient mice, there was significant inhibition of the subcutaneous tumor growth and lung metastasis of A549 cells in THC-treated animals as compared to vehicle-treated controls. Tumor samples from THC-treated animals revealed antiproliferative and antiangiogenic effects of THC. Our study suggests that cannabinoids like THC should be explored as novel therapeutic molecules in controlling the growth and metastasis of certain lung cancers.
Keywords:

Through a striking finding, it has been reported that Cannabis can significantly reduce the growth of tumour in cancer patients.

Researchers from University of East Anglia have identified signaling platforms which were previously unknown in the main psychoactive ingredient of cannabis that are majorly responsible for its capability to cause shrinking of tumours.
View Full Image

Researchers believe the outcome will lead to the development of synthetic equivalents with similar anti-cancer properties.

Universidad Complutense de Madridin, Spain had made collaborative work which has led to this final discovery.

In this work, samples of human breast cancer cells were used to induce tumours in mice. Then, the tumours were targeted with specific doses of the cannabis compound THC or tetrahydrocannabinol. It was found that two cell receptors specifically were responsible for the drug's anti-tumour effects.

"THC, the major active component of marijuana, has anti-cancer properties. This compound is known to act through a specific family of cell receptors called cannabinoid receptors. But it was unclear which of these receptors were responsible for the anti-tumor effects of THC", Peter McCormick from UEA said.

According to him, these results successfully explain some of the well-known but poorly understood effects of THC at low and high doses on tumour growth. The molecular mechanisms behind how marijuana and specifically THC influence cancer pathology are something scientists have been trying to figure out since years.

Through identification of the receptors involved, it also marks an important step towards the future development of therapeutics which can manipulate the advantage of the interactions discovered in this work to reduce tumour growth, he said.

But under any circumstances, cancer sufferer should not try self-medication, McCormick was quoted saying.

"Our research uses an isolated chemical compound and using the correct concentration is vital. Cancer patients should not use cannabis to self-medicate but I hope that our research will lead to a safe synthetic equivalent being available in the future," he concluded. 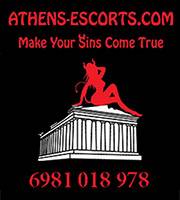